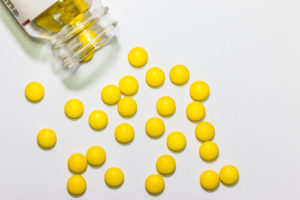 Did you or someone you know suffer from a heart attack after taking the drug Actemra?

Harford, P.C., is now accepting cases on behalf of individuals harmed by the prescription drug Actemra (tocilizumab). The medication has been associated with causing heart attacks, heart failure, strokes, and other cardiovascular complications.

Actemra (tocilizumab) was approved for sale in the U.S. in January 2010. It was initially used as a monthly intravenous infusion, but more recently has been approved for use as an injection. The drug is mainly used to treat rheumatoid arthritis—an auto-immune disease that causes pain, swelling and stiffness in the joints. It represents Roche/Genetech’s the fifth highest grossing drug and has been used by more than 760,000 patients globally and generated sales of $1.7 billion in 2016.

The drug works by interfering with the interleukin-6 signaling pathway, which is responsible for provoking cellular and physiological responses including the immune system and inflammation.

Does the drug have any serious harmful effects?

STAT, an independent medical news organization, recently released a study of adverse health effects suffered by people using Actemra and other similar rheumatoid arthritis drugs. The report indicated that hundreds of patients have died or suffered heart attacks, strokes, heart failure, and lung complications allegedly from Actemra. A review by STAT of more than 500,000 adverse event reports show that the risks for such side effects could even be higher than with competing drugs.

Does the manufacturer warn of these side effects?

While competing arthritis drugs such as Humira and Remicade warn about heart attacks, strokes, and heart failure, the label for Actemra is silent on providing any such warning. This eliminates the prescribing doctor from have an appropriate dialogue with the patient where the risks and benefits of the drug are adequately discussed. Instead, as a result, patients are taking Actemra without knowing the true risks of cardiovascular harm.

In one-post marketing study, Actemra was also compared head-to-head with another arthritis drug—Enbrel, whose label prominently warns patients of the danger of heart failure and cardiovascular disease. The study found the rates of stroke and heart failure were about 1.5 times higher in Actemra.

But yet, the market for Actemra continues to grow.

This past May the FDA approved Actemra to treat giant cell arteritis, which is another autoimmune like rheumatoid arthritis. The FDA based its decision primarily on a self-funded study by the manufacturer that involved just 149 patients.

Even still, the manufacturer continues to refuse including any warning for cardiovascular injuries anywhere on its label.

Harford, P.C., is currently accepting cardiovascular injuries arising from the use of Actemra. If you or someone you know has been injured by the use of an Actemra product, please contact us immediately at (212) 390-8983 for a free case consultation. You may also complete the form on the side menu and we will contact you to set up a free consultation.